The Army is taking heat after releasing new recruitment videos that people are criticizing as being “woke.”

The animated recruitment videos were uploaded to YouTube and they highlight the stories of multiple soldiers on their way to join the Army.

One of the stories showcases a female soldier who was raised by two moms in the state of California.  The soldier discusses attending LGBT rights parades during her childhood.

The advertisement went viral, and negative reactions quickly started pouring in.  As of today, the video has received 100,000 dislikes, and only 4,500 likes.

The backlash the Army received from the video has now caused them to disable comments on it.

One of the ads featured a female soldier, Cpl. Emma Malonelord, who describes her upbringing with two lesbian moms and her attendance at LGBT rights parades. Malonelord narrates, “Although I had a fairly typical childhood, took ballet, played violin, I also marched for equality. I like to think I’ve been defending freedom from an early age.”

Laura DeFrancisco, spokeswoman for the Army Enterprise Marketing Office told Task & Purpose that the Army disabled comments on all of the videos after seeing “a significant uptick in negative commentary which … were not aligned with Army values.”

“Out of respect for our soldiers and their families, we have disabled the comments,” DeFrancisco added.

Several high-profile politicians spoke out following the release of the ads, comparing them with Russian military ads and pointing to how “soft” they make the United States look. The meme created to compare the two is believed to be connected to pro-Russian propaganda.

Despite the widespread criticism, some have also come out to defend the Army and how they are trying to reshape their recruitment practices.

When the new ads were unveiled earlier this month, the chief of Army Enterprise Marketing, Maj. Gen. Alex Fink, released the following statement:  “Research tells us that young people today see the Army as a ‘distant star’ – a place requiring a nearly superhuman level of discipline with little relevance to their daily lives. Similarly, youth don’t necessarily connect with those who serve or see common ground in terms of interests, abilities, and goals.”

It is unclear how the current political climate will impact Army recruitment efforts going forward.

But military leaders say they are confident they can continue to meet their end-strength proposals that add roughly just 1,000 troops per year to the force. 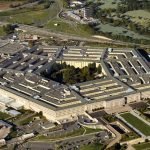